My great-grandfather Jules was a car guy. Nearly every picture of I have of him in his younger years also prominently features a car. So I really wasn’t surprised when I came across a patent application that he filed in April of 1922. A year later his patent was granted for an automobile lock.1 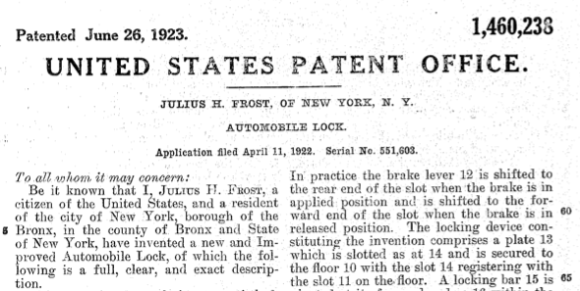 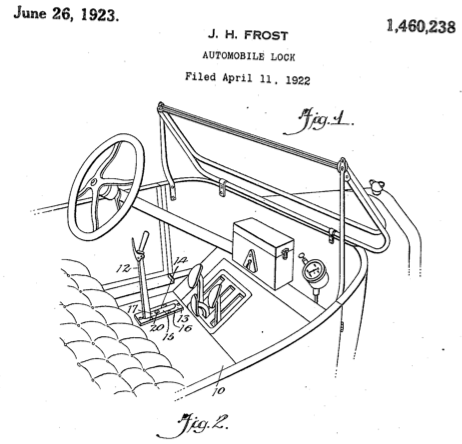 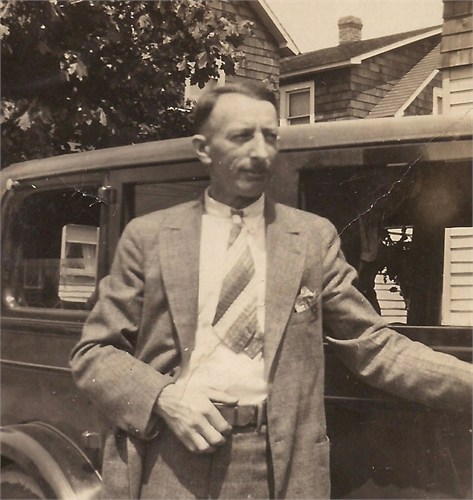 This post is 6th in the in the 52 Ancestors in 52 Weeks challenge series.

One reply on “The Inventor 52 Ancestors: #6 Jules Frost”